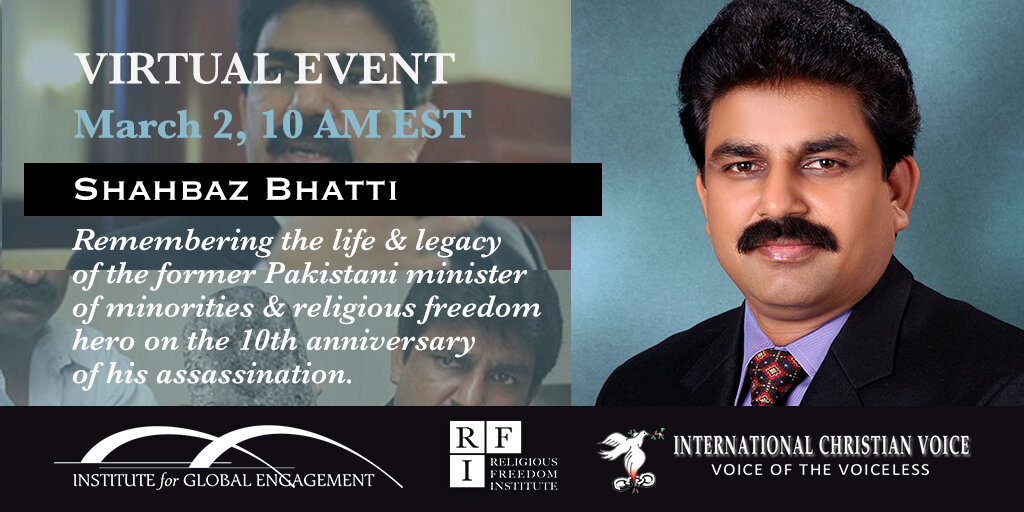 Tuesday, March 2 marks the 10th anniversary of Shahbaz Bhatti’s assassination for his courageous advocacy for Pakistan’s religious minorities. Join us to remember his legacy, at a virtual event on March 2, 2021, at 10 am EST, and hear from leading political and religious figures. After the presentations, a panel discussion will address Pakistan’s situation today and how to continue Shahbaz’s work to protect religious minorities.

The forces of intolerance and hatred that took Shahbaz’s life continue to persecute, so it is critical everyone joins hands to fight for religious freedom for all.

Speakers and Video Statements to Include (others to be added):

RSVP Link
https://www.religiousfreedominstitute.org/rfievents/virtual-event-shahbaz-bhatti-10th-anniversary-commemoration
Contact Email for Event Planner
rfi@rfi.org
Would you like your event published on our social media?
Yes