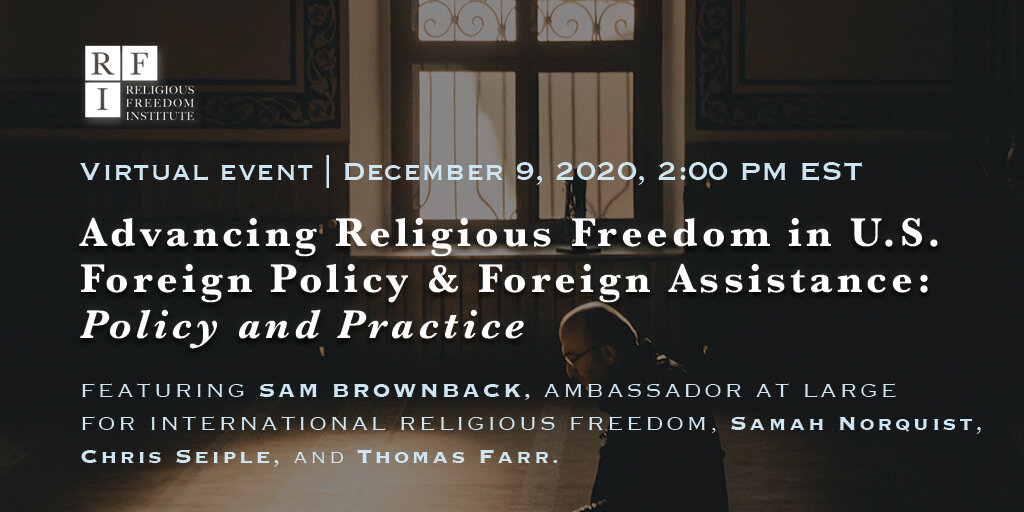 The threats to religious freedom continue to rise, with the latest report from the Pew Research Center recording the highest level of government restrictions on religion since it started tracking these figures in 2007. Social hostilities whether in the form of attacks on houses of worship, mob violence, or terrorist attacks also continue to threaten religious individuals and communities around the world.

With Executive Order 13926, IRF policy, as established by the International Religious Freedom Act (1998) and expanded with the Frank R. Wolf International Religious Freedom Act (2016), was given additional resources and an increased priority requiring religious freedom to be strategically integrated by the State Department into foreign policy and by USAID into foreign assistance.