Turning Her Body into a Weapon of Persecution/Genocide: Rape and Sexual Violence Against Uyghur Women 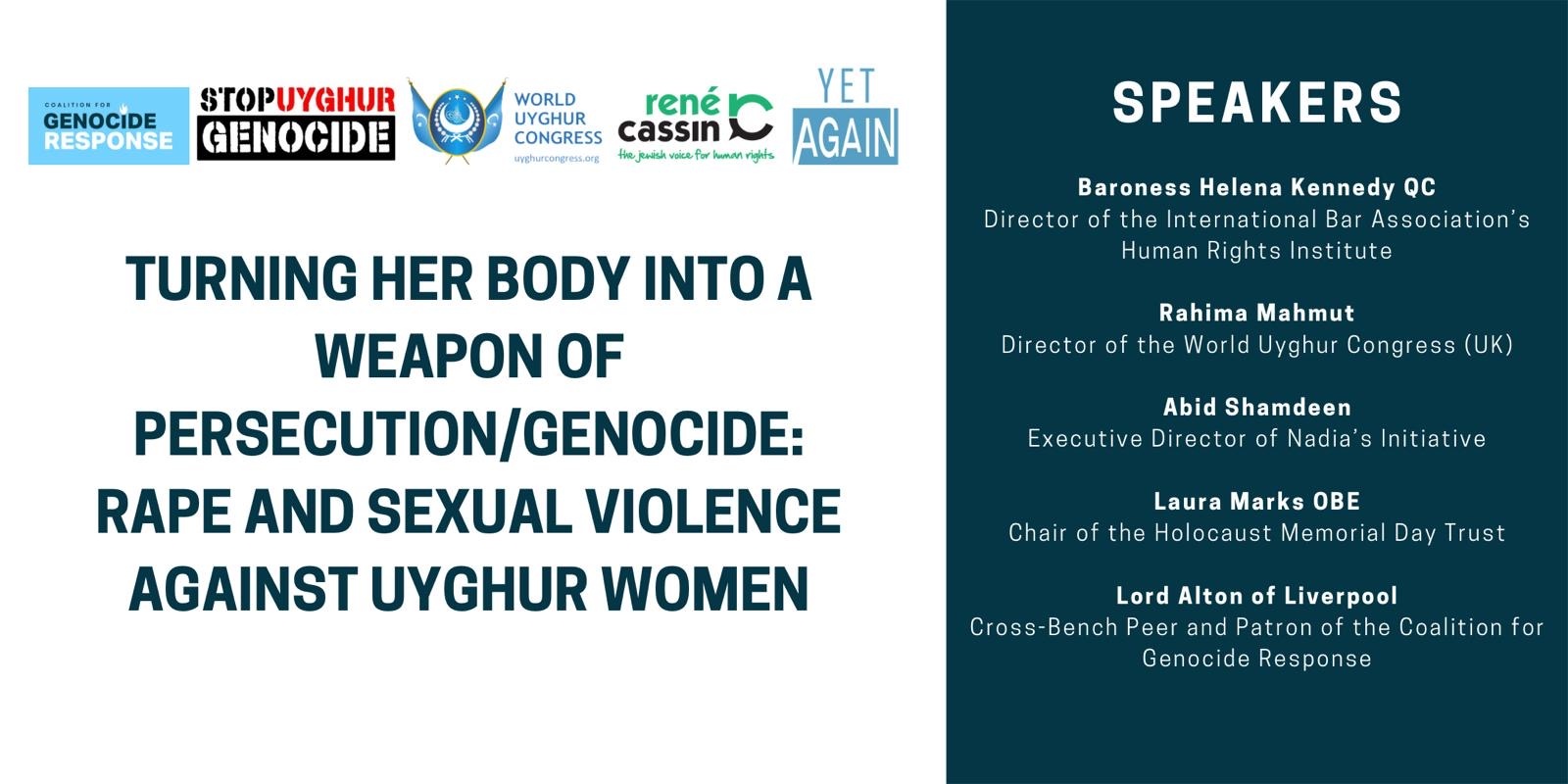 The Coalition for Genocide Response, René Cassin, World Uyghur Congress, Stop Uyghur Genocide and Yet Again invite you to the webinar marking the International Women’s Day 2021 on

Turning Her Body into a Weapon of Persecution/Genocide:

In January 2021, the Chinese Embassy in the US tweeted that: ‘Study shows that in the process of eradicating extremism, the minds of Uyghur women in Xinjiang were emancipated and gender equality and reproductive health were promoted, making them no longer baby-making machines. They were more confident and independent.’

The tweet met with significant criticism and was ultimately removed by Twitter for violating Twitter’s rules. Only a few weeks later, a BBC documentary shed light on what this ‘emancipation’ really meant; Forced sterilisations, forced abortion, rape (including gang rape), sexual violence and torture. The evidence suggest that Uyghur women’s bodies were turned into a weapon of persecution.

The panellists will discuss the issue of rape and sexual violence as a weapon against the Uyghur women and how does it translate into international crimes requiring urgent response.

Lord Alton of Liverpool, Cross-bench Peer, Patron of the Coalition for Genocide Response

RSVP Link
https://intlwomensday2021.eventbrite.co.uk
Would you like your event published on our social media?
Yes