The Role of Religious Actors in Nicaragua’s Upcoming Elections: A Voice for Peace and Human Rights 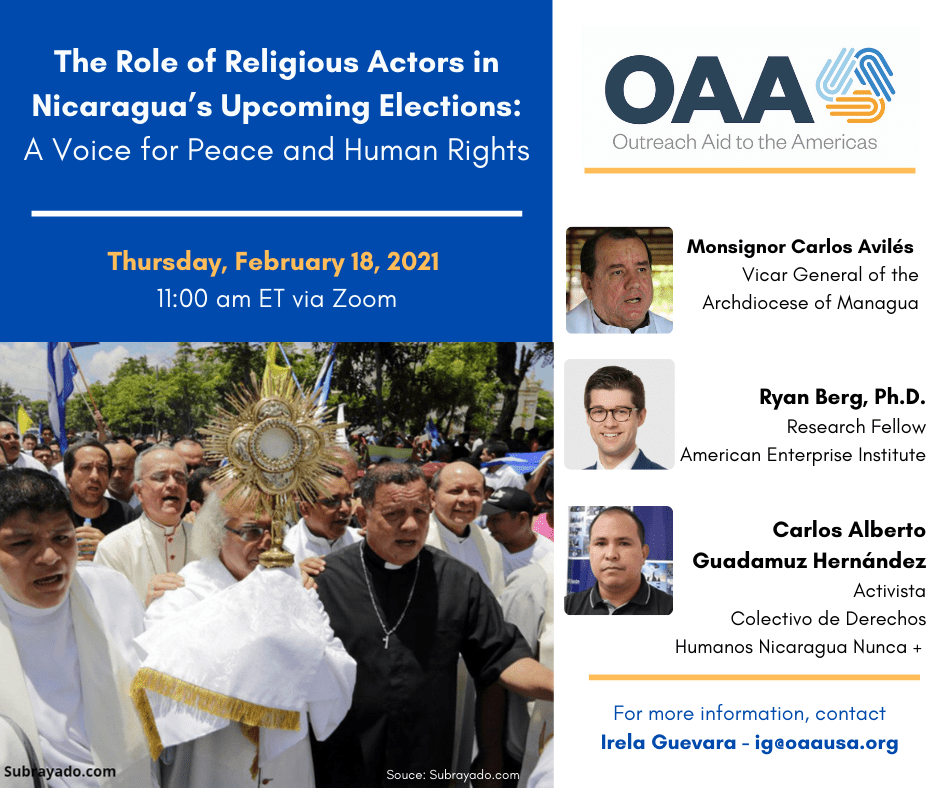 This November, Nicaraguans will vote in presidential elections that will take place against a backdrop of ongoing political repression by the government of Daniel Ortega. Amid mass protests and civil society resistance to heavy-handed tactics by the Ortega regime, Nicaragua’s Catholic Church and other faith communities have sought to mediate between opposing sides and to advocate for justice and accountability in response to human rights violations by government forces and supporters.

In view of a consequential but likely unfair election, how will the Catholic Church and other faith groups act? How do they view their own role within civil society, and can they make a difference in the way the election is conducted, and in its outcome? Panelists based in the U.S. and in Nicaragua will examine these and other issues surrounding the role of the Catholic Church and other Christian groups in the country’s upcoming elections.