The Ongoing Assault on Freedom of Religion or Belief in Cuba: An Update from CSW and Cuban Faith Leaders 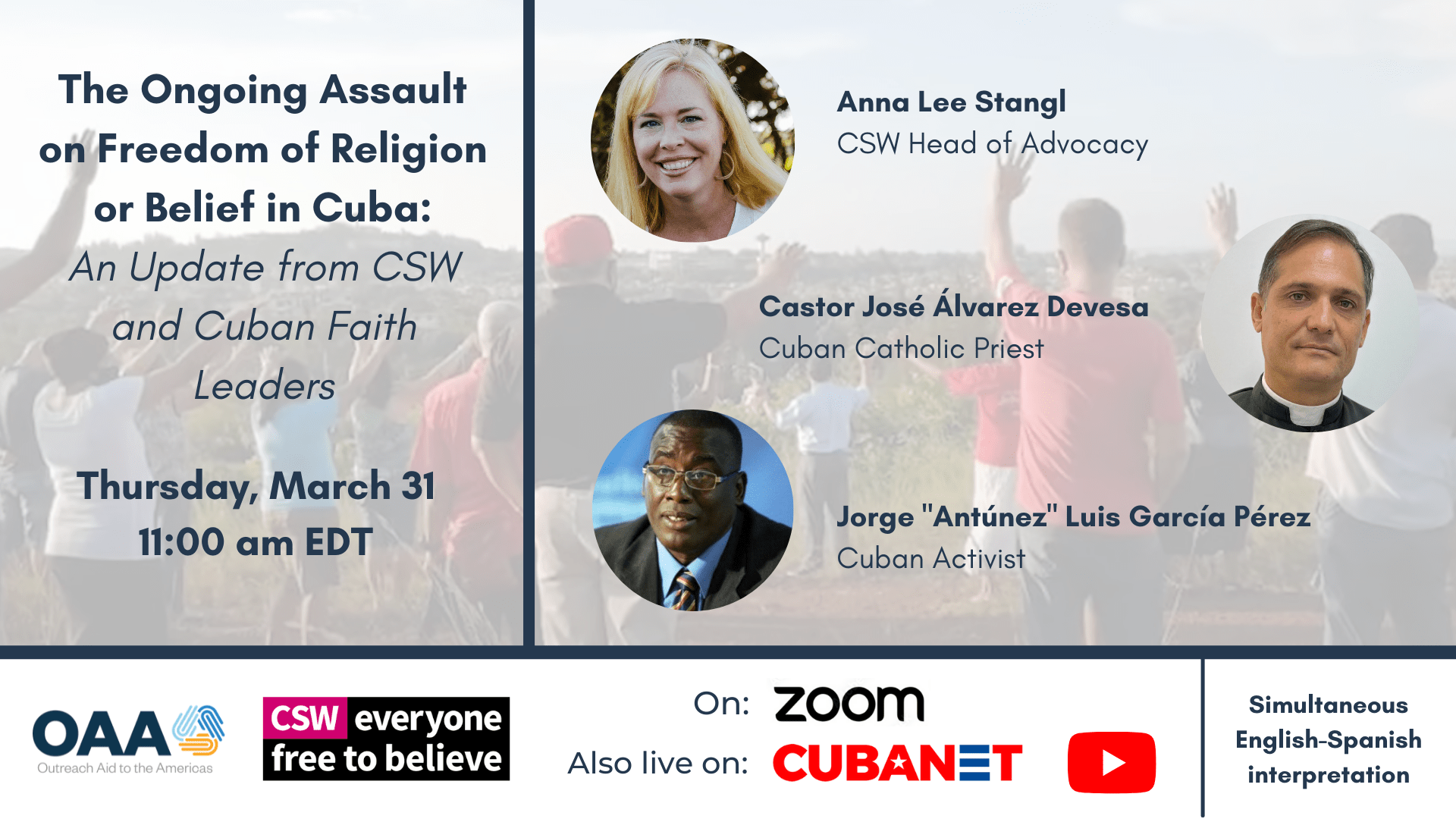 Cubans are living through one of the worst human rights situations on the island in recent years, with religious freedom among those rights coming under the regime’s most severe repression. In this webinar, CSW’s Head of Advocacy Anna Lee Stangl will share insights from CSW’s newly released annual report on freedom of religion or belief (FoRB) in Cuba, which looks at the situation of this fundamental right on the island during 2021.

She will be joined by Father Castor José Álvarez Devesa, a Cuban priest, and Jorge Luis García Pérez, also known as Antúnez, a Cuban activist. Father Castor will speak about the role of the Catholic Church, and in particular priests, nuns, and other religious leaders, in supporting human rights defenders and calling for respect for fundamental freedoms and for justice for political prisoners, while Antúnez will discuss the situation of Cuba’s independent Yoruba community, which has been subjected to harassment, threats, and other violations by the dictatorship.