In the Name of Human Fraternity 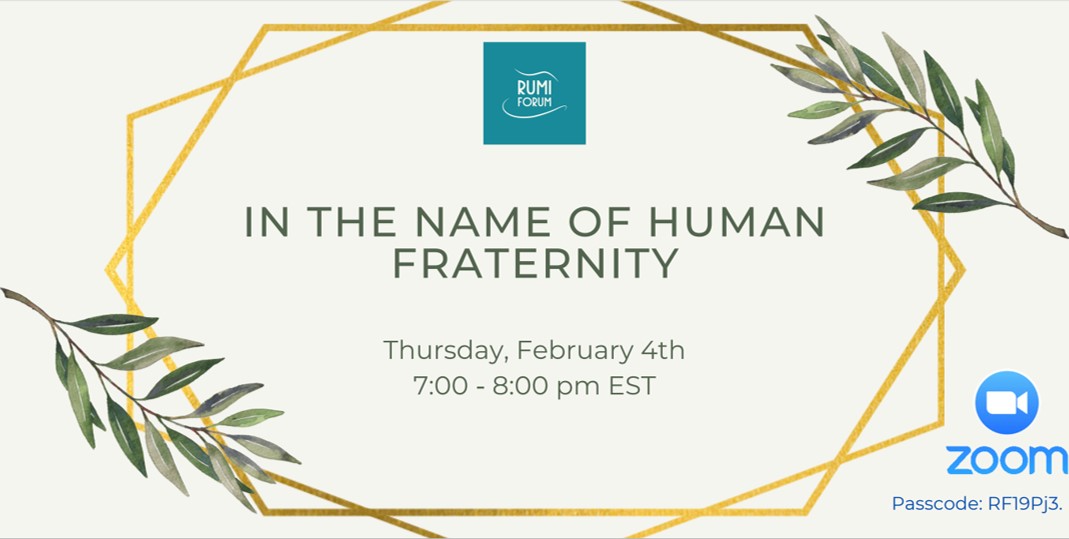 Dialogue as the path, cooperation as the code, understanding as the method.

It is hard to exaggerate the legacy of the meeting between St. Francis of Assisi and Sultan Malik Al-Kamil in 1219, a historical encounter that took place in the midst of the Fifth Crusade. This event is still remembered as a landmark of religion’s transformative power despite differences even during the most unwelcoming moments. On 3-5 February 2019, His Holiness Pope Francis and the Grand Imam of Al-Azhar Ahmad Al-Tayyeb signed “A Document on Human Fraternity for World Peace and Living Together” in the United Arabic Emirates to mark the 800th anniversary of the iconic meeting.

The Human Fraternity Document, rather than being a symbolic commemorative text, draws inspiration from the past for concrete future action. It is realistic in admitting the challenges humanity faces today, straightforward in highlighting the vital role of religion while addressing them, inclusive in recognizing the role that various stakeholders can play in the solution, and interdisciplinary in inviting many forms of human expertise to the universal endeavor. In an act of due recognition of this initiative by the global community, the UN General Assembly adopted a resolution on December 15 2020 (A/75/L.52) that proclaims February 4 as the “International Day of Human Fraternity”, to be observed each year beginning in 2021.

Genevieve Mougey, Director of the Office for Social Concerns, Archdiocese of Washington
“The Work of Social Friendship, Dialogue, and Pastoral Applications: A Catholic Perspective on Interfaith Dialogue”