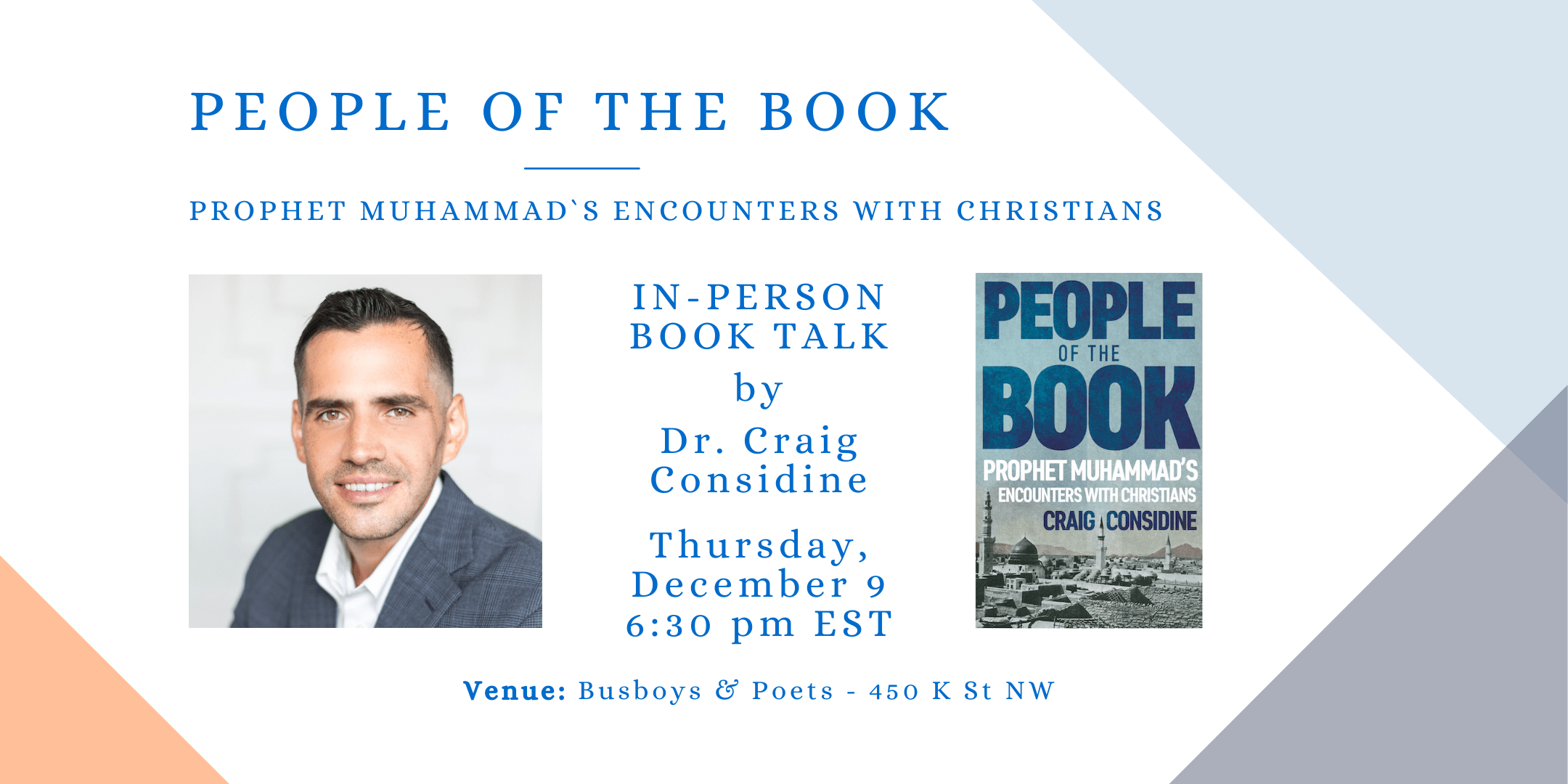 Join this in-person book talk for a considered study of Muslim–Christian coexistence and dialogue in the time of Prophet Muhammad.

The Christians that lived around the Arabian Peninsula during Muhammad’s lifetime are shrouded in mystery. Some of the stories of the Prophet’s interactions with them are based on legends and myths, while others are more authentic and plausible. But who exactly were these Christians? Why did Muhammad interact with them as he reportedly did? And what lessons can today’s Christians and Muslims learn from these encounters?

Scholar Craig Considine, one of the most powerful global voices speaking in admiration of the prophet of Islam, provides answers to these questions. Through a careful study of works by historians and theologians, he highlights an idea central to Muhammad’s vision: an inclusive Ummah, or Muslim nation, rooted in citizenship rights, interfaith dialogue, and freedom of conscience, religion, and speech. In this unprecedented sociological analysis of one of history’s most influential human beings, Considine offers groundbreaking insight that could redefine Christian and Muslim relations.

You can find more information about the book here.

Dr. Craig Considine is an award-winning professor and the best–selling author of The Humanity of Muhammad – A Christian View (Blue Dome Press 2020). He is recognized as an authority in interfaith dialogue, particularly Christian and Muslim relations. Dr. Considine has written seven books for the field of Islamic studies, including People of the Book – Prophet Muhammad’s Encounter with Christians (2021), Muslims in America: Examining the Facts (2018), and Islam, Race, and Pluralism in the Pakistani Diaspora (2017).

Khalil Shadeed is the founder and director of Faith Matters Islamic Center. He is a member of the Interfaith Council of Bowie, Maryland and the founder & former director of Islamic Council of Southern Maryland. He is the art director for Read 1 Communications, a multi-media graphics company, and the producer of Scholar’s Chair, an award-winning television program at the CTV cable channels.

RSVP Link
https://www.eventbrite.com/e/211780249427
RSVP Type
RSVP Required, Open to Press
Record Type
On the Record
Contact Email for Event Planner
m.saracoglu@rumiforum.org
Would you like your event published on our social media?
Yes