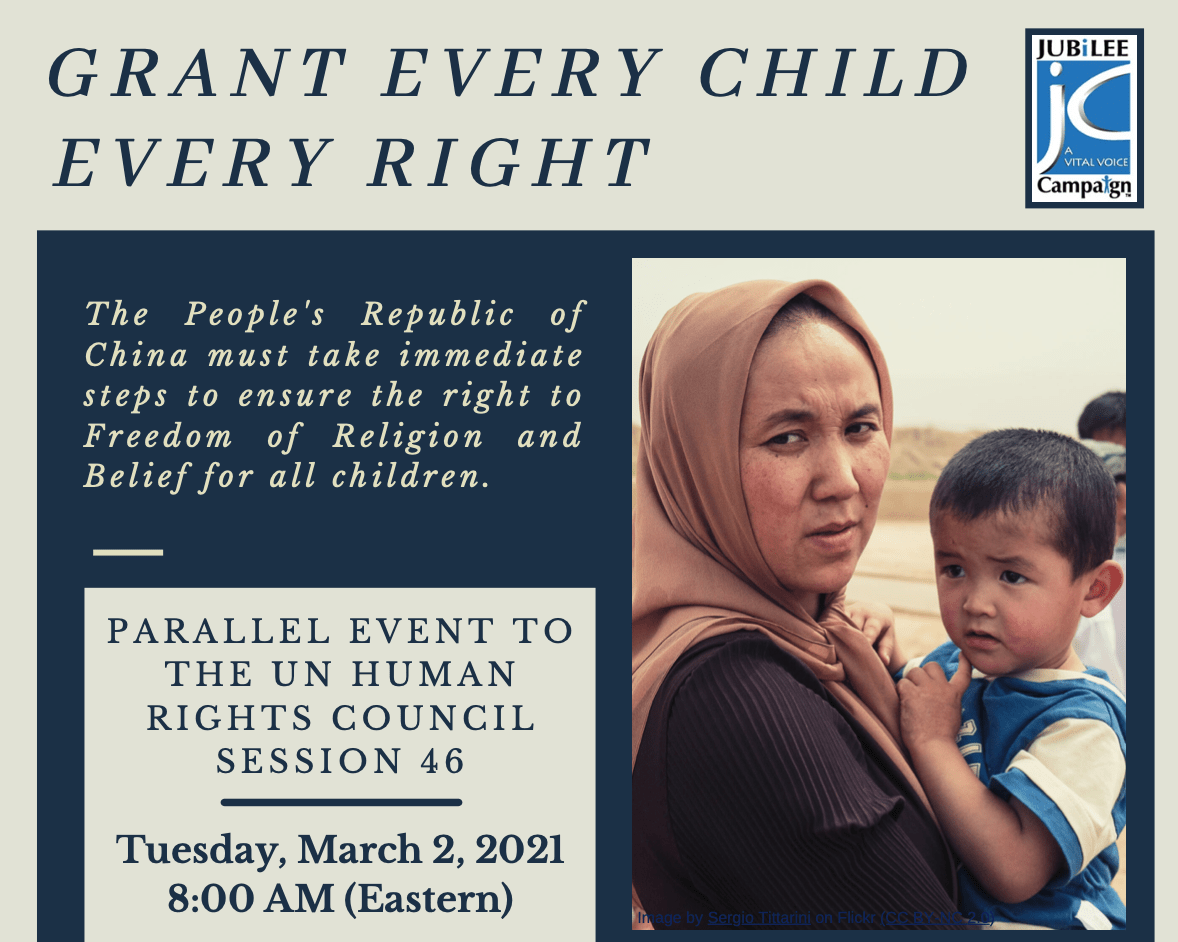 The event will focus on China’s adherence to the core principles of the Convention on the Rights of the Child, non-discrimination, participation and the best-interest of the child, spotlighting children of religious and ethnic minorities in China.  It will also address what steps China needs to take to ensure every child is granted every right.