Conversion of Spaces and Places of Worship in Anatolia 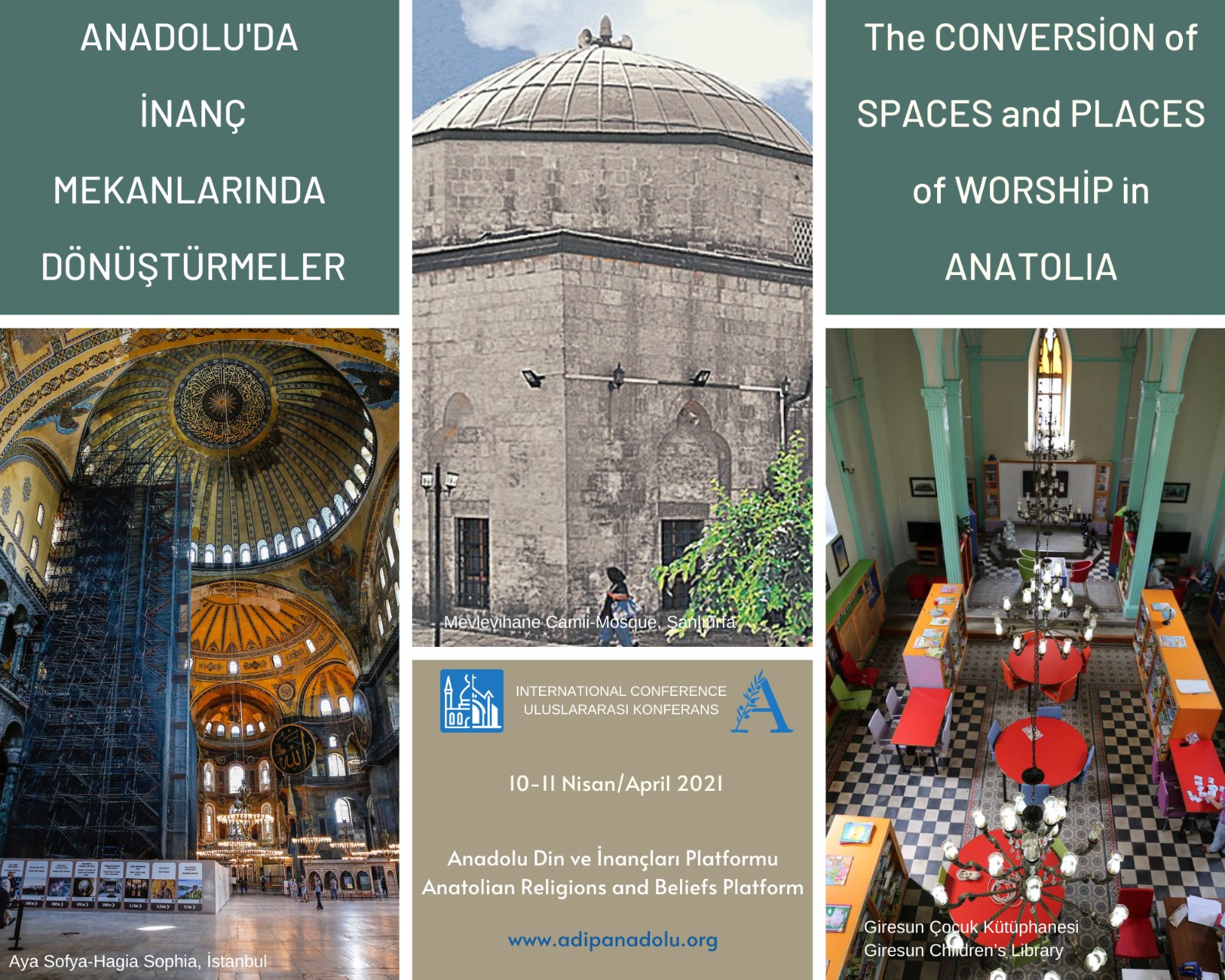 The 2020 conversions of the two historic monuments of Hagia Sophia and Chora
inspired us to organise an international conference on the subject of the conversion of
spaces and places of worship within the broader religious and regional contexts. In the
first of a series of three conferences, the regional focus will be Anatolia (Asia Minor)
which is an area of great historical significance where the presence of many different
beliefs triggered the conversion of places of worship after countless local and major
conquests and reconquests. Zoroastrian, Mithraic, Anahitan and other traces replaced
by Yazidi, Christian, Jewish, and Muslim spaces reveal the use, transformation, and
continuity of such places by different belief groups throughout history.

Our conference intends to be used as a platform for the discussion of the conversion of
religious spaces and places of worship from the multi-disciplinary approaches of law,
history, politics, anthropology, architecture as well as heritage and urban studies. Over a
long period covering the Roman, Byzantine, Seljuk, Ottoman, and Republican eras, the
sacred spaces and places of worship to be discussed are pagan temples, mosques, tekkes,
mevlevihanes, cemevis, zaviyes, a Yazidi cemetery and churches belonging to various
denominations including Greek Orthodox, Syriac, Armenian, and Latin Catholic.

Topics to be presented consist of: