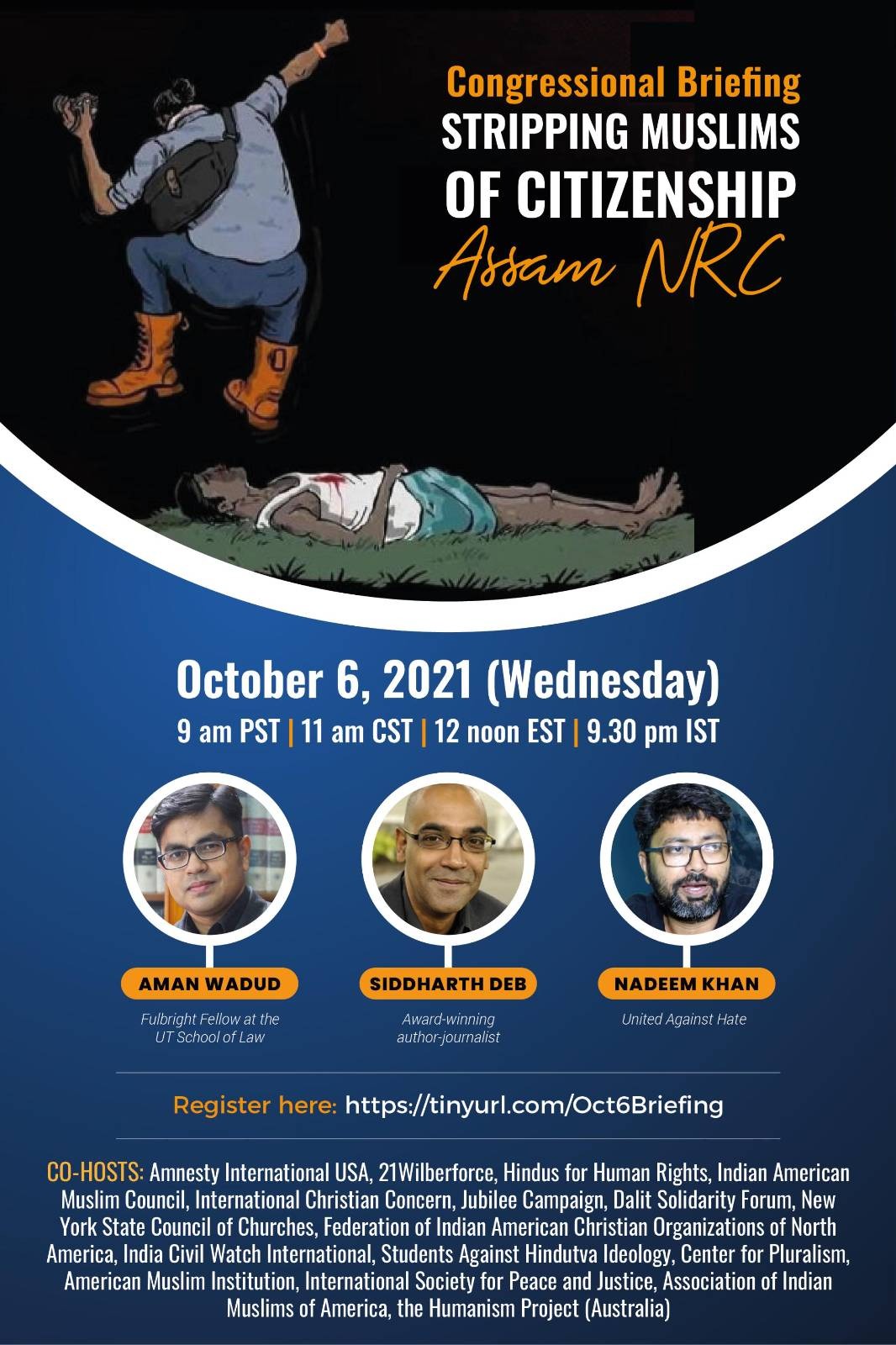 14 million Muslims in the Indian State of Assam are at the 8th Stage of the ’10 Stages of Genocide,’ according to Genocide Watch. Half a million are already declared non-citizens on the basis of a dubious and Islamophobic citizenship determination. The Government now wants to “reverify” that list only to add millions more. The process of proving citizenship in under-qualified “foreigner tribunals”, the denial of citizenship on the most absurd and arbitrary criteria, the refusal to reconsider the such denial despite overwhelming evidence of miscarriage of justice, are all adding up to create one of history’s biggest mass persecution. This Congressional Briefing will focus on the blatant discrimination against millions of Muslims in Assam. If not stopped now, this process will bring mass statelessness, stripping these millions of their citizenship rights and creating an unparalleled humanitarian crisis.

RSVP Type
Open
Record Type
On the Record
Contact Email for Event Planner
info@iamc.com
Would you like your event published on our social media?
Yes