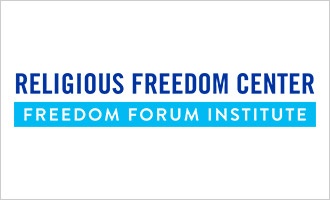 The Religious Freedom Center of the Freedom Forum invites you to attend the book launch and webinar, African Americans & Religious Freedom: New Perspectives for Congregations & Communities.

Since 2018, the Religious Freedom Center has partnered with Samuel DeWitt Proctor School of Theology at Virginia Union University to explore the complex politics of race, religion and religious freedom in America. This project, supported by all six Historically Black Theological Institutions and nonprofit organizations, led to the development of an academic course and public programs that raised the visibility of religious freedom through the lens of African American experiences. This webinar will highlight the successes and lessons learned over the past three years of the Luce-funded project, “Religious Freedom: African American Perspectives.” Attendees will hear from the academic partners, students and contributing scholars of the new book resource.

This program is made possible by the Henry Luce Foundation.